When I saw that the 27th February is Pokémon's 25th Anniversary I couldn’t resist the opportunity to discuss just how Pokémon is linked to geography. And it is. It’s location-based gaming at its finest, the first blockbuster success, with more than 550 million installs in the first 80 days; by March 2019, it had been downloaded over 1 billion times.

What is Pokémon GO?

Not a big gamer myself, I was still aware of the traction Pokémon GO received when it was first released in 2016.

Players use their mobile device’s locational positioning to locate, capture and then battle virtual Pokémon- appearing on the screen as if in the ‘real’ world with the gamer. Non-gamers may relate to this technology more when used by companies to allow customers to visualise products in their own home.

Whilst Pokémon spawn temporarily at random locations (causing much excitement amongst players), there are also “PokéStops”, a fixed location in the physical world, where players can receive benefits such as experience points and potions.

The importance of place.

“PokéStops” are not randomly selected. Niantic (Pokémon GO’s developer) uses Portal Locations; initially based on historical markers, churches, parks, and monuments, the locations are determined by using community crowdsourcing. First used in its earlier location-based game ‘Ingress’, Niantic allows players to submit Portal Locations through Niantic Wayfarer, enabling an understanding of location relevance to players. With the Pokémon map only showing 3km around the gamers current location, it is important for Niantic to understand just where its players are located and where they will happily travel to.

The impact on place in the ‘real’ world.

Pokémon GO had enough traction and popularity to impact the world around it. It is typically understood that human mobility is highly predictable, with people generally moving between home, work/school, and a handful of other fixed locations (grocery store, coffee shop, gym etc). Pokémon GO however, has indicated that location-based gaming might incentivise people to deviate from their routine…and at a tremendous scale.

A survey conducted on Pokémon GO players spanning five countries found nearly 60% of respondents stated they travelled to new places in search of temporary Pokémon Spawns or "PokéStops" they had yet to visit; if tens of millions of people play Pokémon GO worldwide, that is a substantial shifting of mobility habits. Yelp even released a "PokéStops" filter , allowing users to actively locate “PokéStops” on the go. Yelp argued this filter brought traction to “PokéStop” areas, boosting surrounding business.

I asked my partner, an avid gamer, how often he used to venture to new places specifically for Pokémon Go. He told me he often ventured into London with a group of friends to get specific Pokémon, once cycling round a park for hours to catch 100 Charmander’s to level up. To him, it wasn’t so much about the game, but an activity that him and his friends could do together (the fact it was a game, an evident bonus).

The game is still avidly being played today with it even in the news recently, after a man was fined £200 for travelling 14 miles during lockdown to play the game.

A shift in mobility impacts spending, and a field survey of Pokémon GO players found that 46% of players said they had purchased something at a venue they were near whilst hunting Pokémon- typically food and drink. As Pokémon GO is associated with group activities (not many players said they would hunt for Pokémon by themselves), this shift in movement can have an impressive impact on area spending habits.

Are "PokéStops" becoming destinations themselves?

It seems tourist destinations are now using "PokéStops" as an advertisement for the cities themselves. Qantas posted an article on the 'Favourite Pokémon GO city hotspots in Australia' which is incredibly similar to their blog on 'Hottest Australian Destinations to Visit'. Glam Adelaide (a South Australian news page I used to read when I lived there) even posted an article on how you can explore Adelaide through the Pokémon GO virtual world. In Adelaide, its not just the tourists either; locals are loving the ability to tour their city like they never would: visiting places, seeing graffiti artwork (what the city is known for) they had never seen before and joining a community. Adelaide Zoo even released its own Pokémon Zoo map to help users navigate the "PokéStops" throughout the park.

This is not an isolated tourist-attraction initiative. There are several blogs outlining the best Pokémon GO locations in London, with The Lonely Planet even advertising organised Pokémon GO tours. Efforts are also on a global scale; Pokemon GO Travel aims to organise global events to the users device. Maybe this is ideal seeing as we can't travel anywhere at the moment!

Bridging the gap between online and brick-and-mortar shopping?

Whilst we may not be actively out searching for Charizard or Pikachu, AR has still reached the nation in the world of retail. Lego Hidden Side allows users to scan their Lego sets, entering an interactive world on their devices, unleashing an interactive ghost hunting tool.  Lego also featured in-store AR experiences, allowing you to meet your favourite Lego character face-to-face, and empty pop-up shops with scannable barcodes to view the products virtually.

AR has also taken hold in the fashion and beauty industry; Sephora uses AR to allow you to virtually 'try on' makeup without having to physically use any of the products. Zara's AR experience rids stores of mannequins entirely, instead allowing shoppers to view moving mannequins in the store through their phones, picking what clothes they wanted to see on.  DressingRoom by GAP allows shoppers to virtually try outfits on personally designed avatars, enabling shoppers to see how clothes look on different body types and in different sizes. The Oak Mirror by Oak labs removes the shoppers phone entirely; using smart mirrors, shoppers are able to virtually try on the clothes themselves. These are only a handful of examples, merely touching the surface.

These AR developments are helping bridge the gap between online and brick-and-mortar shopping, and the try-before-you-buy experience is a welcomed one during the pandemic, quickly becoming an essential technology for retailers. Initially combatting the closure of physical stores, retailers are now embracing AR for the hygiene and safety benefits. Plus, research indicates that interactions with products using AR had a 94% higher conversion rate than for products without.

AR has an impressive future ahead - from AR games, like Pokémon GO, changing mobility patterns and boosting tourism, to ever improving AR retail technology bringing the online and bricks-and-mortar worlds together. With the UK soon to come out the other side of lockdown it will be interesting to see how retailers embrace the virtual and whether the digital shopping experience is here to stay.

Photo by David Grandmougin on Unsplash 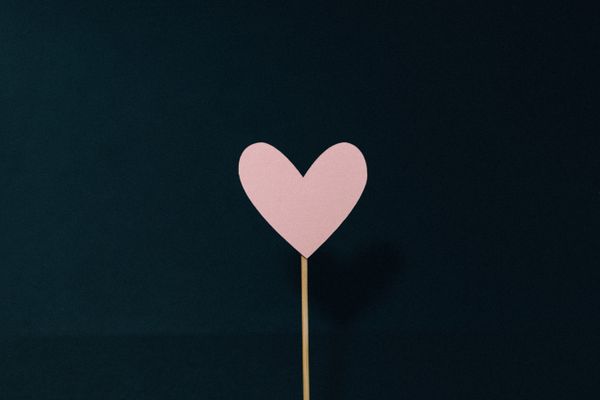 To celebrate International Women's Day, I thought it would be a brilliant time to celebrate all the fantastic women in the GEOLYTIX team 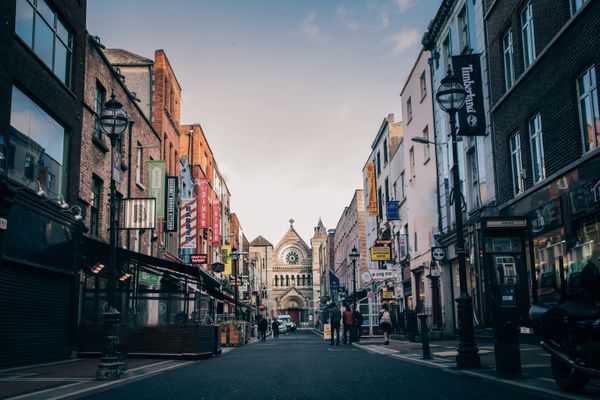 Retail Places identify areas where potential customers are attracted to interact with a retail environment. Retail Venues sit within these to specifically define a concentration of retail within a retail place.